A Conversation with Microsoft's Tony Hey

After thirty years as an academic at the UK's Southampton University, and four years in charge of the UK's e-Science Programme, last year Tony Hey surprised everyone by accepting a post as corporate vice president for technical computing at Microsoft. 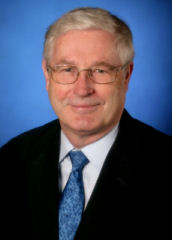 RP: Thank you for making time to speak with me. Let's start with your background? Until joining Microsoft you were an academic who specialised in parallel computing?

TH: Well, I started out as a particle physicist, and I spent 15 years doing particle physics research, and using the whole gamut of UNIX, and tools like LaTeX.

RP: You were based at the University of Southampton. Can you say more about your research there?

TH: My work was in parallel processing for scientific applications, which when I started was an area that the computer science community had neglected.

RP: You are talking about high performance computing?

TH: Right, or supercomputing: those are the names people use. My research, however, was in practical parallel computing. In the mid 1980s, for instance, I worked on the transputer.

RP: The transputer was a concurrent computing microprocessor developed at INMOS — a company funded by the UK Government right?

TH: Yes. I worked very closely with INMOS and, with other colleagues, was responsible for developing the transputer, which was in some ways ahead of its time. Today, for instance, we are seeing chips being developed that are very similar to the transputer, but appearing many years later. Had INMOS been properly funded I think the UK would have had a significant impact on the computer industry.

RP: INMOS was part of the so-called white heat of technology initiative instigated by the British Labour Prime Minister Harold Wilson in the 1960s wasn't it?

TH: Indeed. The trouble was that when the Conservatives inherited INMOS, they didn't know what to do with it, and sold it off to Thorn EMI. Thorn in its turn didn't understand that it was necessary to invest in the business. So it was a very, very exciting but brief period when the UK seemed to have the courage of its convictions, and just for a minute the country was really competitive in the field.

After the transputer I went into interoperability and portability, and parallel code. One thing I did — with some colleagues — was to write the first draft of the Message Passing Interface [MPI]. This involved a bunch of European and US people meeting every six weeks in Dallas airport hotel, and within a year we had an implementation of MPI that is now an accepted standard around the world.

RP: In total you spent thirty years at Southampton University?

TH: Right, although I had 10 years leave of absence.

RP: And you became head of the School of Electronics and Computer Services department?TH: I did, and then I was dean of engineering. So I span the gamut from physics, to computer science, to engineering. In that sense I am an unusual academic.

TH: It was the brainchild of John Taylor when he was running Hewlett Packard's research labs in Europe. He had a vision in which computing would be a utility — a pay-as-you-go service similar in concept to the pay-as-you-go mobile phone services available today.

RP: Or the hosting services offered by companies like Google and Amazon (through its S3 service)?

TH: Exactly. And of course Microsoft now offers such services too — services that are delivered in the cloud: You don't care where they are stored, you just use the services.

Anyway, John was later put in charge of the UK Research Councils, and he found himself working with all the physicists, the chemists, the biologists, and the medics, when they were bidding for money from the government. In fact, it was his responsibility to make those bids.

In doing so, he noticed that a lot of researchers from different institutions were collaborating to do their research, often on an international basis. The particle physics community, for instance, is a genuinely international community, and hundreds of different sites all around the world collaborate with one another.

It was in observing this that John developed his idea of e-Science. Then, when I took over the Programme, it became my task to define it.

RP: So how do you define  e-Science?

TH: Well, the first point to make is that it's not a science like biology or chemistry. Rather, it is a set of technologies to enable people to collaborate: to share computing, to share data, and to share the use of remote instruments etc. So e-Science is the technologies that allow networked, distributed, collaborative, multi-disciplinary science. It's a very exciting area.

RP: How does e-Science differ from what in the US is called the cyberinfrastructure. Or are we talking about the same thing?

TH: Because it emphasises science. The purpose isn't to build roads and infrastructure, but to do science. Of course, e-Science depends on the cyberinfrastructure — the networks, the software, and so on, which we in Europe call the e-infrastructure.

But what is wonderful about the e-Science programme is that it has always been application led.

RP: You mean that the emphasis has been on what scientists actually want to do, not the technology?

TH: Exactly. Too often these things are dominated by the technology. And what I really, really liked about the e-Science Programme (and I didn’t set it up that way, John Taylor deserves the credit) is that I was only running about 20% of the budget. That is, I ran the core of the Programme, the part that was needed to underpin all the application projects — and the remaining 80% was application-led.

So it was my responsibility to develop the middleware requirements to support the R&D projects, and the applications themselves were directly funded. This meant that the applications were really great, and that is why the e-Science Programme became so visible around the world.

So I believe we had the right idea. The aim was to do serious science, and to tackle next-generation scientific problems.

RP: Can you give me an example of e-Science in action?

TH: There are many examples. At one end you have particle physics, where physicists need to share their compute clusters to analyse the data that will soon be generated by the LHC machine in CERN, Geneva. At the other end are astronomers who want to share data from different telescopes all over the world ...

If you wish to read this interview in its entirety please click on the link below. I am publishing it under a Creative Commons licence, so you are free to copy and distribute it as you wish, so long as you credit me as the author, do not alter or transform the text, and do not use it for any commercial purpose.

I have in mind a figure of $8, but whatever anyone felt inspired to contribute would be fine by me. Payment can be made quite simply by quoting the e-mail account: richard.poynder@btinternet.com. It is not necessary to have a PayPal account to make a payment.

If you would like to republish the interview on a commercial basis, or have any comments on it, please email me at richard.poynder@btinternet.com.

To read the interview in its entirety (as a PDF file) click here.

Posted by Richard Poynder at 11:30 0 comments