India has announced that it will not, after all, be joining cOAlition S. Instead it will focus on developing an open-access solution better suited to its needs. What has changed? 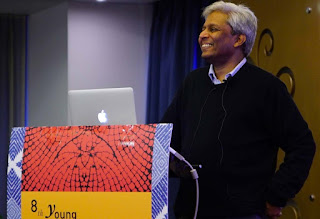 Last year a group of European research funders calling themselves cOAlition S launched a radical new open-access initiative dubbed Plan S. The aim: to ensure that all research papers resulting from work they fund are made immediately freely available on the internet.

Plan S has been controversial, not least because its principles outlaw** the use of hybrid OA (although a transition period is permitted if time-limited “transformative arrangements” are put in place). By banning** hybrid OA, some researchers have complained, cOAlition S is effectively telling them where they can and cannot publish. This they believe to be an infringement of their academic freedom.

For their part, publishers worry that the plan is being introduced too quickly and has not been thought through properly. As a result, some say, it could have “serious unintended consequences for the integrity of the scientific literature”. And while the initial start date for Plan S has been extended from 2020 to 2021, there continue to be concerns that the timescale is too aggressive.

More importantly, while the Plan S implementation guidelines permit open access to be provided by publishing in open access journals, on open access platforms, or by depositing papers in a repository without embargo, most believe that the practical outcome of the initiative will be a near-universal pay-to-publish environment in which the main beneficiaries will be the publishing oligopoly, not the research community. Essentially, say critics, courtesy of new-style Big Deals (aka “transformative agreements”) commercial publishers will be able to continue profiting excessively by migrating their current exorbitant profits to the new OA environment.

How successful has Plan S been? On launch cOAlition S consisted of 11 funders. Today that number is still just 23. Significantly, the coalition has failed to persuade public funders in the US or China to join (these two countries are the largest publishers of research papers in the world). At the same time, it has lost members: the Swedish funder Riksbankens Jubileumsfond pulled out in June, and the Italian funder Compagnia di San Paolo left cOAlition S in August. On the other hand, some believe that Plan S has so alarmed publishers that the coalition has already achieved its objective (depending on what one believes the objective to be).

It is, however, clearly problematic that cOAlition S has remained an essentially European initiative. For this reason when, in February, the Indian Government’s Principal Scientific Adviser, Professor VijayRaghavan posted a series of tweets saying that India was joining cOAlition S the news was greeted with great excitement by cOAlition S members, as well as by Plan S supporters like the European Commissioner for Research, Science and Innovation Carlos Moedas.

The news was greeted with less enthusiasm back home in India, with concerns raised about the cost implications, the likely impact on small journals and publishers, and the way in which it would allow commercial publishers to continue to profit excessively from the research community – see, for instance, here, here and here.

Following Prof. VijayRaghavan’s tweets, however, radio silence set in, with no confirmation that India had formally joined, or any updates on the status of its plans. For this reason many ears pricked up last Friday when, during a lecture he gave at IISc Bangalore to mark Open Access Week, Prof. VijayRaghavan commented, “We are not committed to whatever Plan S does or does not do.” This sufficiently piqued the interest of Vasudevan Mukunth that he sought out Prof. VijayRaghavan and asked for clarification, which led to an interview in The Wire where it was confirmed that India no longer plans to join cOAlition S.

As I had been trying to interview Prof. VijayRaghavan for some months, I too was piqued by his comments and so took to Twitter to again invite him to answer the questions I had sent him in June. He agreed and below are his answers to an updated list of questions I emailed over to him.