Last year I ran a series of Q&As to which I gave the title “The State of Open Access”. In total I conducted 19 interviews, which are all listed here. 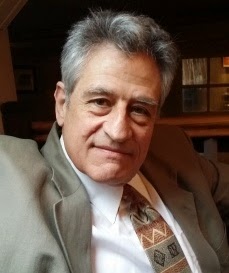 During the time I was running the series I had a number of people suggest to me that, in fairness, I too should give my views on the current state of open access. I was initially resistant to the idea, since I see myself more as an observer of the movement than a participant.

After giving it some thought, however, I concluded that — in the interests of transparency and openness if nothing else — I ought to be prepared to answer the kind of questions I put to my interviewees.

I am therefore today publishing answers to a set of 11 questions that were put to me by neurobiologist and open access advocate Björn Brembs. (Brembs was one of those I interviewed, and his Q&A is here).

For those interested in reading my answers I have put them in a downloadable PDF file. But be warned gentle reader, the PDF is 28 pages long. I know, I know, it is too long. But I am not going to apologise.

I am not going to apologise because it seems to me that most of the commentary one reads on OA today tends to take place either on Twitter, in short fiery blog posts by OA advocates, or in self-congratulatory articles and communications by publishers. Moreover, much of this commentary tends to consist of assertions rather than reasoned argument, and much of it amounts to little more than cheer leading, or attacks on those who hold different views about OA. That, of course, is the way of the world. But I feel there should be space for longer, more reflective pieces too, which I hope I have achieved in my answers to Brembs.

I do not anticipate that many, if any, OA advocates will agree with most what I say, and I don’t expect publishers to agree either. But for good or bad they represent the views of someone who has been observing and reporting on the OA movement for more than a decade.  Feel free to ignore them!

For those who prefer not to download long PDFs here is a bullet list of some of the things I say:

—     In my view, OA to research papers is inevitable.

—     I see a number of weaknesses in the way the OA movement has organised itself over the years, and as a result of these weaknesses it is likely that we will see OA policies introduced that OA advocates do not welcome, and that the research community at large dislikes intensely.

—     Essentially, therefore, I believe OA is at an important transition point. If the research community wants to ensure that it gets an OA regime that best meets its needs it should be urgently embracing OA today, and on its own terms. If it waits until OA is thrust upon it will likely have to accept it in a far less pleasing way. Act Now or Repent at Leisure!

—     Research institutions should also be moving quickly to follow the example of universities like University College London and Yale, and start publishing their own OA journals and books using their institutional repositories.

—     I expect that by the time the  transition period for the RCUK policy ends (in five years’ time), we will know whether the scholarly communication system is going to continue to be managed and controlled by publishers in the OA world, or whether the research community has found it in itself to get into the driver’s seat and begun moving full speed ahead to create a system in its own image.

—     Ideally, the research community should be working to develop a global scholarly communication infrastructure based on networks of OA repositories. However, what currently seems more likely (in the short term at least), is that there will be a bipartite system, with the developed world opting for a system based on pay-to-publish Gold OA journals, and the developing world adopting repository-based systems that build on the work of services like SciELO and African Journals Online (AJOL), along with networks of institutional repositories like La Referencia.

Please note that I am not an OA advocate, and so my aim is not to persuade anyone. These are just the views of someone who has spent ten years writing about OA.