eLife and my unanswered questions

Reporting on the scholarly publishing world can be a frustrating business these days, not just because the business model for journalism has all but collapsed but because scholarly publishers seem to be becoming increasingly reluctant to engage with reporters in a meaningful way, especially where the topic is open access. Their clear preference is to communicate by press release or managed events like webinars. 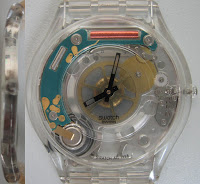 In fact, this has been the favoured model of commercial legacy publishers for quite some time now. The pity is that it appears to be becoming the modus operandi for non-profit OA publishers and OA initiatives too. Since the raison d’être of OA is openness and transparency this is unfortunate. If nothing else, it smacks of hypocrisy.

PLOS has been guilty of this in the past – see for instance this from 2013. On another occasion in 2011, when PLOS ONE published a controversial paper, I emailed a list of questions to the editorial director (after being invited to do so) only to later receive a message from the publisher saying that it had been decided not to respond to those questions. (As outlined in this article).

Until recently, I had assumed that eLife at least was fully committed to openness. In 2016, for instance, it posted details of its publishing costs. But now I am not so sure.

I will preface my further remarks by saying that eLife is a frequent publisher of press releases, and routinely emails me copies of them. In response, I am assiduous in posting details of these releases on social media. As I see it, the relationship between eLife and reporters like me is a two-way thing: I publicise their press releases; they answer my questions. Simples!

However, it would seem eLife may not see it in the same way. Let me explain.