A recent and related article may also be of interest, and can be read here.

About a year ago people began to contact me to complain about the activities of a number of start-up Open Access (OA) publishers. Their first concern was that these companies were bombarding researchers with spam-like messages inviting them to join the editorial boards of hundreds of new journals, and/or to submit papers to these journals, for which researchers were asked to pay article-processing charges.

The second concern was that the quality of the peer review process provided by some of these new publishers appeared as though it might not be adequate. 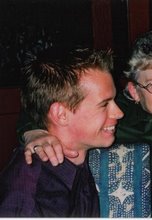 Why were researchers contacting me about this? Because I write about scholarly publishing, and I specialise in Open Access. So I began to contact these new companies in order to ask them about their activities. To my surprise, some of those I contacted greeted my enquiry with a variable mixture of silence, stonewalling, criticism, and even threats of legal action.

All of this is most unfortunate, not least because it creates a very poor impression of OA, and of scholarly publishers in general. I should stress that the more established OA publishers — e.g. Public Library of Science (PLOS), BioMed Central (BMC), Hindawi etc. — have always responded readily to questions about their business practices, and with a good deal of openness.

Similarly, amongst the new crop of OA publishers both Dove Medical Press and Libertas Academic replied willingly to my questions when I contacted them. My interview with Tim Hill was published last November, and below I attach an email interview I undertook recently with the Managing Director of Libertas Academica, Tom Hill (Tim Hill's son).

What, if anything, the OA movement decides to do about the small minority of publishers who continue to give OA a bad name remains unclear. In recognition that there is a problem, however, last year a group of OA publishers founded the Open Access Scholarly Publishers Association (OASPA) — with the aim of introducing a degree of self-regulation into the market.

How successful that organisation will prove over time remains unclear. For now both Dove Medical and Libertas Academica have told me that they have no plans to join OASPA.

But whatever happens it seems likely that even those OA publishers who respond openly and willingly to questions from journalists, and who are genuinely committed to providing a valuable service to the research community, will continue to face a degree of suspicion and distrust.

In particular, the quality of the peer review process that OA publishers offer looks set to remain a live issue for some time. This is partly because many believe that in an online OA environment the only significant service that publishers continue to provide is that of organising the peer review process. The nature and value of that service can therefore be expected to come under increasingly critical scrutiny.

Additionally, since fee-based OA journals bill researchers directly for publishing their papers (although in most cases the money will come not from researchers' own pockets, but from the budgets of their funders and/or institutions) the details of the financial transaction are much more visible than in a subscription-based environment — where publication charges are recovered indirectly by means of journal subscriptions. This, not unnaturally, increases expectations about the quality of the service provided in return.

It seems likely, therefore, that — sooner or later — OA publishers are going to have to become much more transparent than traditional subscription publishers ever had to be, both with regard to the process that papers undergo before they are published, and in explaining what the research community is getting for its money.

People are more likely to want to know, for instance, exactly what happens to a paper during the review process, who specifically reviews any given paper (and what qualifications they have for doing so), plus who makes the final decision on whether or not to publish a paper, and how that decision is arrived at.

This transparency will be all the more important given the high degree of automation that OA publishers utilise. A recent incident in which Libertas Academica mistakenly published a paper that had been rejected by the referees (a consequence says Tom Hill of a database error) highlights the potential dangers of automation, and the bad press that can circulate in the blogosphere when such an error occurs.

Moreover, with growing scepticism about the quality and nature of the peer review process being undertaken by all scholarly publishers, the need for greater transparency will surely become ever more pressing for OA publishers as time goes on.

A second issue of transparency relates to the question of ownership. Most of the new crop of OA publishers are privately held companies, and most of them are unforthcoming when asked to divulge ownership details. Since the services they provide are primarily — if not exclusively — paid for out of the public purse some are beginning to conclude that such secrecy is undesirable, particularly where the quality of the service being provided is also at issue, and particularly where the publishers concerned are selling their services under the banner of "openness".

As I asked when I published the Dove Medical interview, "Is it not reasonable ... for taxpayers to expect to know exactly what is being provided for [their] money, and who will benefit from any profits that are made as a result?"

I discuss these and other issues in the interview with Libertas Academica's Managing Director Tom Hill in the PDF file linked to below.

If you wish to read the interview with Tom Hill please click on the link. The PDF file that will download includes both the interview and this introduction.

If after reading it, you feel it is well done you might like to consider making a small contribution to my PayPal account. I have in mind a figure of $8, but whatever anyone felt inspired to contribute would be fine by me. Payment can be made quite simply by quoting the e-mail account: richard.poynder@btinternet.com. It is not necessary to have a PayPal account to make a payment.

To read the interview (as a PDF file) click here.
Posted by Richard Poynder at 13:45 3 comments