A professor in the School of Political and Social Sciences at the Autonomous University of the State of Mexico (UAEM), Arianna Becerril-García is also the Executive Director of Redalyc, the Network of Scientific Journals from Latin America and the Caribbean, Spain and Portugal. Redalyc is a regional open access portal for the social sciences and humanities that indexes 1,305 local journals and hosts the full texts of more than 650,000 articles. 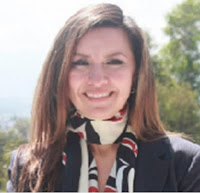 In addition, Becerril-García is the Chair of a new project called AmeliCA (Open Knowledge for Latin America and the Global South). AmeliCA’s goal is to propagate the Redalyc model to the more than 15,000 journals in the region and elsewhere in the Global South.

As Chair of AmeliCA, Becerril-García has become a vocal critic of Plan S – the European OA initiative announced last year by a group of funders that call themselves cOAlition S. While AmeliCA shares cOAlition S’s goal of achieving universal open access, says Becerril-García, it fears that, as currently conceived, Plan S would disadvantage researchers in the Global South and exclude them further from the international scholarly publishing system.

Historically, research institutions in the South have struggled to afford the fees necessary to buy access to international subscription journals. But a move to an OA system almost exclusively based on pay-to-publish (which Plan S seems likely to lead to), says Becerril-García, would see researchers in the South struggling to find the money to pay the article-processing charges (APCs) needed to publish their work in international journals. One problem would be replaced by another.

Plan S would also further increase the control that for-profit publishers have over the scholarly communication system, which Becerril-García believes is undesirable.

What is needed, she says, is to build a “collaborative, non-commercial, sustainable and non-subordinated” system in which control is removed from commercial publishers and handed back to the academy.

The role that AmeliCA and Becerril-García have played in the discussion over Plan S has been important and influential. Interestingly, as the debate has played out, it is not only OA advocates in the South that have been reaching the conclusion that AmeliCA has.

Heeded and acted upon?

We will have to wait and see exactly how influential AmeliCA has been. Following a consultation process, cOAlition S is due shortly to publish an updated set of implementation guidelines for Plan S. For her part, Becerril-García hopes that the feedback that she and others have provided has been heeded and will be acted upon.

Amongst other things, Becerril-García believes that cOAlition S should commit some of its funding to help build the infrastructure and technology needed to allow the academy to regain control of science communication. So, for instance, she would like to see the funders provide money for “non-APC journals, academic open access platforms, technologies to support scholarly publishing, repositories and other scholarly communication tools.”

To support her argument, Becerril-García points out that Latin America currently publishes between 13% and 20% of the articles produced by European researchers. “If Plan S intends to pay APCs to for-profit journals then why are the costs of publishing European papers in Latin America not worthy of being funded by Plan S too?”, she asks.

The rumour on Twitter is that the new Plan S guidelines will be “less controversial” than initially proposed. Whether there will be sufficient changes to satisfy Becerril-García’s aspirations, or the needs of the Global South, remains to be seen. While cOAlition S has made sympathetic noises about helping the Global South, we must wonder if European funders will really prove willing to subsidise open platforms and OA journals in the Global South, or to create much in the way of a new scholarly infrastructure – not least because they have set themselves an extremely tight timetable to achieve 100% open access (2020).

And are they really committed to wresting back control from for-profit publishers?

What is surely also important, however, is that AmeliCA has independently set itself the goal of propagating the APC-free OA model that Redalyc has been developing since 2003. Amongst other things, this saw it partner recently with UNESCO and a group of other national and regional open access platforms to launch the Global Alliance of Open Access Scholarly Communication Platforms (GLOALL). The aim is to “democratise scientific knowledge following a multicultural, multi-thematic and multi-lingual approach”.

Interestingly, just weeks after the launch of GLOALL, AmeliCA joined with the Plan S funders to sign the São Paulo Statement on open access. Becerril-García stresses, however, that “our signature on the São Paulo Statement must be understood as a commitment to an agreement between diverse platforms that all have open access as a common goal”. She adds, “It would be wrong, or mere innocence, to believe that we have changed our mind about our goals and objectives.”

Whatever one’s views on Plan S, it has surely played a valuable role in focusing minds on the likely implications of moving to a pay-to-play publishing regime and the invidious position that researchers in the Global South find themselves in vis-à-vis the international scholarly publishing system.

All of which leaves us with what Becerril-García calls the “million-dollar question”: is it possible to build a global system of scholarly communication able to meet the needs of everyone, and on a fair and equitable basis? My suspicion is that this is unlikely to prove possible for so long as the Global North remains so deeply wedded to the principles of neoliberalism.

To get a fuller view of AmeliCA’s hopes and ambitions please read the answers Becerril-García gives below to a number of questions I emailed her.