The OA interviews: Carlos Rossel, Publisher at the World Bank


“The Bank is committed to sharing our data, knowledge and analysis with others in the search for development solutions. By making Bank research and knowledge products published by the Bank available libre OA, third parties are free to use, reuse, and build upon the Bank’s work in ways that can lead to innovative solutions to local development problems.”

When Jim Yong Kim takes office as the new president of the World Bank on 1st July, he will be the first development professional to head the Bank. That is new. But it is not all that is new at the World Bank. The new president will inherit an organisation that has undergone a lot of navel gazing over the past few years. Its conclusion: the Bank needs to rethink the way it operates.

The outgoing president of the Bank Robert Zoellick gave some insight into the Bank’s internal deliberations in a speech at Georgetown University in September 2010. Significantly, Zoellick acknowledged that pushing top-down economic solutions that were baked in the West on developing countries can no longer be viewed as adequate.

In his speech — entitled “Democratising Development Economics” — Zoellick pointed out that “modern portfolio theories” of economics have too often failed to deliver on their claims. The hubris behind such claims, he added, “turned to humility in the 2007 sub-prime crisis that led to the global economic crisis.”

To underline his point, Zoellick said, “AHe asccording to its risk model, one investment bank suffered a loss on several consecutive days that should only have occurred once in 14 life-spans of our universe.”

The discrediting of established thinking by the global crisis, said Zoellick, has obvious implications for development economics. In fact, he added, even before the crisis “there was a questioning of prevailing paradigms and a sense that development economics needed rethinking. The crisis has only made that more compelling.”

What has become apparent, Zoellick said, is that development economics needs, “to reach out to better encompass the experiences of successful emerging economies not with ordered templates or with blueprints, not with prescriptions for prescriptees, but inquiringly, cooperatively, openly.”
Read more »
Posted by Richard Poynder at 10:14 1 comments

The World Bank has announced today that it is introducing an Open Access (OA) policy. This will mandate that World Bank research outputs and knowledge products are deposited in a newly-created institutional repository called the Open Knowledge Repository (OKR), which will be freely accessible on the Internet. 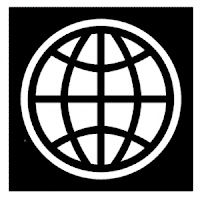 In addition, the Bank will become the first major international organisation to make much of its research output available under Creative Commons licensing. As a result, any user in the world will be able to read, download, save, copy, print, reuse and link to the full text of the World Bank’s work, free of charge.

The World Bank is an international financial institution that provides loans to developing countries for capital programs. Its official goal is to reduce poverty and support development.