When the open access movement began it was focused on solving two problems – the affordability problem (i.e. journal subscriptions are way too high, so research institutions cannot afford to buy access to all the research their faculty need), and the accessibility problem that this gives rise to. 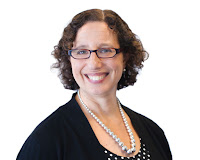 Today, however, there is a growing sense that what really needs addressing is an ownership problem. Thus where in 2000 The Public Library of Science petition readily acknowledged publishers’ “right to a fair financial return for their role in scientific communication” (but sought to “encourage” them to make the papers they published freely available “within 6 months of their initial publication date”), today we are seeing calls for research communication to become “a community supported and owned enterprise” outside the control of publishers (see also here).

The key issue today, therefore, concerns the question of who should “own” and control scholarly communication, and more and more OA advocates are concluding that it should no longer be traditional publishers.

This change of emphasis is not surprising: as legacy publishers have sought to co-opt open access and bend it to their own needs, it has become clear that, since it is leaving legacy publishers in control, OA is insufficient on its own – because for so long as publishers remain in control the affordability problem that drove the calls for open access will not be solved. (More on this theme here).

What gives this issue greater urgency is a new awareness that legacy publishers are looking to leverage the control they have acquired over scholarly content to dominate and control the data analytics and workflow processes/tools that are emerging in the digital space – a development that could usher in a new generation of paywalls, and lock the research community into expensive proprietary services.

This then is the ownership problem facing the research community. How is it playing out in practice? The linked interview with Judy Ruttenberg, Co-Director of SHARE, surfaces the issues well I think.

SHARE (the SHared Access Research Ecosystem) was launched in response to a 2013 memorandum issued by the US Office of Science & Technology Policy (OSTP) directing Federal agencies with more than $100M in R&D expenditures to “develop plans to make the published results of federally funded research freely available to the public within one year of publication and [require] researchers to better account for and manage the digital data resulting from federally funded scientific research.”

SHARE was an expression not just of librarians’ conviction that publicly-funded research should be freely available, but an assertion that it should be universities that provide access to it. As Ruttenberg puts it below, SHARE was founded in the belief that “university-administered digital repositories should be the mechanism by which federal agencies provide public access to funded research, most of which is conducted in universities.”

As is my custom, I have prefaced the interview with a long introduction. However, those who only wish to read the Q&A need simply click on the link at the head of the file and go directly to it.
Posted by Richard Poynder at 10:45 0 comments

Last month I suggested on Twitter that the open access movement has delayed the revolution in scholarly communication that the internet made possible. Perhaps unsurprisingly, my tweet attracted some pushback from OA advocates, not least from Michael Eisen, co-founder of open access publisher Public Library of Science (PLOS).
Eisen objected strongly to my assertion and later complained that I was not willing to engage with him to defend what I had said. For my part, I did not feel it was possible to debate the issue adequately on Twitter, so we agreed to do a follow-up to our 2012 Q&A.

Last week, therefore, I emailed Eisen a Word document explaining why I had made the assertion I had, and posing 14 questions for him. I published the explanation here yesterday.

The first question in the list I sent to Eisen was: “How would you describe the way the OA movement has developed, and the impact it has had on scholarly communication? Why do you disagree that the movement has delayed open access? What is the movement’s current status and potential? What needs to be done to ensure the revolution takes place sooner rather than later?”

For anyone who might not be aware, PLOS started out as an OA advocacy group, and in 2000 launched an online petition calling on scientists to pledge that they would discontinue submitting papers to journals that did not make the full text of their papers freely available (either immediately or after a delay of no more than 6 months). The petition attracted tens of thousands of signatures, but few of the signatories changed their behaviour.

In 2003, therefore, PLOS reinvented itself as an OA publisher and began to launch its own journals. Since then it has become a significant presence in the scholarly communication world.

Eisen, an evolutionary biologist who studies flies at the University of California, Berkeley, co-founded PLOS with former director of the US National Institutes of Health Harold Varmus and biochemist Pat Brown. Eisen is still on the PLOS Board.

Earlier this year Eisen announced his intention to run for the United States Senate.

RP: OA advocates have long maintained that pay-to-publish gold OA will create a “true” market for scholarly communication, something the subscription model never has. As a result, they argue, the price of scholarly communication will start to fall with OA, thereby solving the affordability problem. I believe this was your view too. In 2012, for instance, you pointed out on my blog that the subscription model creates a “disconnect between the people making the decision about where to publish and the people who pay the subscription bills. This means that there is very little effect on author demand if prices go up.” You added that this inefficiency is “absent from gold OA.” Have your views on this changed in any way in the past 5 years? Do you expect pay-to-publish gold OA to eventually exert downward pressure on prices? (Contrary to Elsevier’s view that “average APCs would need to rise to fund the infrastructure currently paid for via the 80 percent of articles [still] published under the subscription model”).

ME: I still believe a service model for publishing creates a better market than the subscription model for the reasons outlined above. But it’s clearly not working as well as I would like it to. Prices have not dropped, nor seem likely to in the near future. You can point to several reasons.

·       people aren’t really paying for a service, they’re paying for a brand, and the brand value of something like “Nature” swamps the actual cost of the service so it’s not really a sane market

Even with all this being true everything’s still better if we have a world with universal APCs than one with universal subscriptions since material is no longer paywalled. But the market advantages of APCs have yet to be realized.

Last month I posted a couple of tweets that attracted some pushback from OA advocates. In the process I was accused of being a species of “Russian troll bot”, of having an unspecified “other agenda”, and then told that unless I was willing to engage in “constructive discussion” I should pipe down. 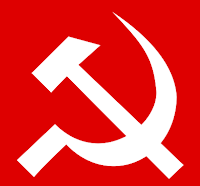 Amongst those to object to my tweets was PLOS co-founder, and feisty OA advocate, Michael Eisen (see below).

Evidently dissatisfied with my responses, Eisen declared that it was silly to make inflammatory statements on Twitter and then say that the platform is a bad place for discussions. However, after a few rounds of back and forth with my critics, I had concluded that it was not going to be possible to debate the matter in short bursts without ending up simply swapping insults. So, I proposed to Eisen that we do a follow up to the Q&A we had done in 2012.

Eisen agreed, and last week I emailed him the text below by way of explanation as to why I had made the comments I had, along with a number of questions for him to answer. I plan to publish Eisen’s answers in the next couple of days. (Now available here).

What sparked the disagreement? It began when I tweeted a link to a confessional interview that Leslie Chan had given on the OCSDnet website. Amongst other things, Chan conceded that he had, over the years, given a lot of bad advice about open access. 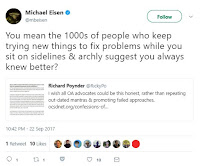 In posting a link to the interview I commented, “I wish all OA advocates could be this honest, rather than repeating out-dated mantras & promoting failed approaches.”


By way of background, Chan was (with Eisen) one of the small group of people who attended the Budapest Open Access Initiative (BOAI) meeting in 2002. It was from that meeting that the term open access emerged, and BOAI is viewed as the moment the OA movement came into being. As such, Chan’s confession seemed to me to be a significant moment, not least because it was made with more candour than I have come to expect from OA advocates.

OA advocate Stephen Curry responded to my initial tweet by saying, “Also true that OA has stimulated many to think seriously about & challenge current practices around research evaluation. Myself included.” To this I replied, “To some extent, I agree. But I would phrase it this way: the internet made a revolution possible, open access has delayed that revolution.”

Eisen denounced my comment as “one of the most ridiculous, misguided, and frankly ignorant statements about scholarly publishing ever.”

Anyway, below is why I said what I did in those tweets.
Read more »
Posted by Richard Poynder at 11:37 13 comments