The OA Interviews: Michaël Bon, Founder of the Self-Journal of Science

“The OA movement has been fighting the wrong battle (all be it for a just cause), and for so long as it carries on doing so it will continue diverting and exhausting scientists and institutions in a fool’s game in which they have little power.” 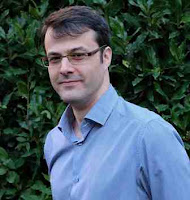 SJS describes itself as a “non-commercial, multidisciplinary repository that provides journal-like services to entrust the evaluation, classification and communication of research to the unrestricted collective intelligence of the scientific community itself.”

What is noteworthy about SJS is that it is not another open access journal, but a new-style publishing platform, and one that could be viewed as a direct challenge to the top-down power structure of academia, and to the oligarchic editorial boards of legacy journals.

It is also worth noting that Bon was not aware of the open access movement when he conceived SJS. His aim was to fix what he sees as serious problems in the current scholarly communication system – problems of quality, of transparency, and of effectiveness.

When he did find out about the open access movement Bon concluded that OA advocates have been trying to do things back to front, and as a result have played into the hands of publishers.

That is, in seeking to fix the access issue prior to fixing the structural flaws in the current publishing system the open access movement is overseeing the relocation of a broken model into a new environment.

By contrast, says Bon, SJS is focused on exploiting the new environment to reinvent scholarly communication. In the process, he says, the access issue is solved collaterally – since openness is a given in SJS’ modus operandi.

If you want to find out more about how SJS works, about Bon’s philosophy and objectives, and where he thinks the OA movement has gone wrong, you can read a Q&A with him. This is available in a pdf file here. [Usual health warning: it is 28 pages long].


For those who prefer paper, a print version of this interview is available here.
Posted by Richard Poynder at 13:04 5 comments