Annual Reviews (AR) recently announced that over the next 18 months it aims to make its entire portfolio of 51 academic journals freely available under a new journal publication model known as Subscribe to Open (S2O).

Annual Reviews is a pioneer of S2O, having first trialled it in 2017 with its journal Annual Review of Public Health. A number of AR’s other journals have subsequently been converted to S2O and the publisher is now hoping to migrate its entire journal portfolio to the new model.

What is S2O? The S2O Community of Practice web site describes it in this way:

“S2O allows publishers to convert journals from subscriptions to OA, one year at a time. Using S2O, a publisher offers a journal’s current subscribers continued access. If all current subscribers participate in the S2O offer (simply by not opting out) the publisher opens the content covered by that year’s subscription. If participation is not sufficient – for example, if some subscribers delay renewing in the expectation that they can gain access without participating – then that year’s content remains gated.”

The web site adds, “The offer is repeated every year, with the opening of each year’s content contingent on sufficient participation. In some cases, access to backfile content may be used to enhance the offer.”

In light of AR’s announcement, I emailed a number of questions to the President & Editor-in-Chief of AR, Richard Gallagher. Those questions, and Gallagher’s replies, are published below. 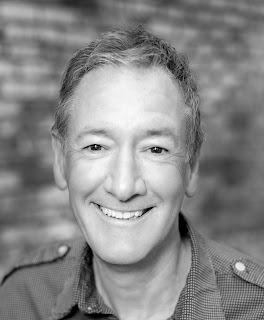 RP: Annual Reviews (AR) is the pioneer of Subscribe to Open (S2O). It began, in 2017, with a pilot funded by the Robert Wood Johnson Foundation in which the Annual Review of Public Health journal was made open access, including all the backfiles from 1980-2016. Further AR journals were later released under the S2O model and Annual Reviews has announced that over the next 18 months it hopes to migrate all 51 of its journals to S2O.

Can you talk me through the journey AR has undergone, what has been learned, and why it now wants to convert all its journals to S2O?

RG: When I joined Annual Reviews in 2015, review articles didn’t figure on the to-do list of the OA movement. A senior figure at one OA-pioneering research funding agency told me that he regarded writing review articles to be an out-of-hours activity that did not qualify for APC support.

The lack of recognition of reviews was understandable given the relatively small numbers published each year, but it was also frustrating because I felt that, from a practical point of view, reviews should be among the top priorities for open access.

“Usage increased in that one year by a factor of 4, and these were readers, not bots”

Our big break came with the 2017 Robert Wood Johnson Foundation grant that you mentioned. It had two components: to cover the cost of the Annual Review of Public Health for one year, allowing us to assess the impact of removing the paywall; and to fund the development of a viable OA model for reviews, since APCs and Read and Publish couldn’t be adapted to our needs.

Usage increased in that one year by a factor of 4, and these were readers, not bots. We assessed how far through articles users were scrolling and there was no difference between the open journal and our most similar paywalled journals; if bots had had an impact, the scroll patterns would have been different.

To help develop a business model we hired Raym Crow as a consultant at the suggestion of Kamran Naim, my co-grantee and then Annual Reviews’ Director of Partnerships and Initiatives. Raym had a track record in collective funding logic, and in the very first meeting with him I realized that he was laying out a practical approach that we could try. That was in June 2017.

It took time to generate a proposal that seemed robust enough to take to our Board, Editorial Committees, select customers (and our staff!) but for the 2020 sales cycle (i.e., by mid-2019), we were ready for an S2O pilot project.

In addition to the Annual Review of Public Health (which had remained freely accessible in the meantime), a mix of established and newer titles in the physical, biomedical, biological and social sciences were selected.

We discussed the project openly, outlined our thinking in Learned Publishing and opted not to copyright the Subscribe to Open name in the hope that others pursuing similar programs would also use it.

Subscription levels were maintained for the five S2O journals in 2020 and this, combined with usage that ranged between double and quadruple that seen when the journals were paywalled, encouraged us to expand the pilot program to eight journals for 2021 and 2022.

To date, we have results from offering 15 volumes of Annual Reviews journals under S2O, and all have been successful (five in 2020, eight in 2021, and both of the 2023 volumes published so far; the remaining six are on track).

It’s promising but it isn’t a full proof-of-concept because most of our customers take multi-journal packages, and it would not have been in their financial interests to exclude the S2O titles.

Nonetheless, I believe that now is the right time to offer the entire Annual Reviews portfolio under S2O. This is partly because of an action taken in the early stages of the Covid-19 pandemic.

In March 2020, we temporarily removed the paywall on all 51 journals to ensure that subscribers would have seamless access, and usage increased by a minimum of three-fold and a maximum (for the Annual Review of Virology) of more than 20-fold. That experience generated urgency to move forward.

Whether all 51 titles are published OA in 2023 is, of course, in the hands of the customers. We are taking nothing for granted.