Six questions about openness in science

Recently I was contacted by a student from a Russian university who is writing a dissertation on the influence of open access on modern scientific communication. She sent me six questions. The questions and my answers to them are below. 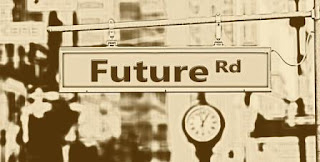 Why does society need science to be open?

Q: It’s a rather common opinion (at least among Russian researchers) that the research community has access to all the materials it needs, and non-scientists are not interested in this information as they can’t understand it or use it. Why does society need science to be open?

A: Yes, I think these are common views amongst researchers everywhere. Much has been said and written about why the world needs open science but for me, there are essentially two main reasons: transparency and efficiency.

Transparency has become important if only because science appears to be facing a major credibility crisis right now. There are a number of reasons for this, not least the so-called reproducibility crisis (also referred to as the replication crisis) that has become apparent in recent years. In addition, we have seen a rise in research misconduct and detrimental research practices (which of course is related to the replication crisis). There is also increasing suspicion of science and scientists within society. The latter is part and parcel of a global loss of faith in professionals, a phenomenon captured in an oft-cited statement by UK politician Michael Gove – who in 2016 declared that people “have had enough of experts”.

Coupled with the “fake news” phenomenon we are experiencing today this is a dangerous development as it suggests that emotions, prejudice and ideology may increasingly be displacing facts. Let’s not be mistaken, the new scepticism about professionals and distrust of scientists has real-world implications.

In fact, the seeds of the loss of faith in scientists were sown some while ago, as a result of things like the MMR vaccine controversy, the exaggerated claims that we have seen scientists and pharmaceutical companies make about the efficacy of drugs like Vioxx (scholarly publisher Elsevier was associated with this activity by producing fake journals, apparently intended to promote drugs), and conflicting claims over genetically modified food. Additionally (in the US in particular), we have seen a growing gap between the public and scientists over creationism-evolution, and political rejection of scientists’ warnings about global warming/climate change.

We must hope that open science and the greater transparency it affords can play an important role in mitigating this scepticism and distrust of scientists. If, for instance, all research papers, and the data generated during the research process, were freely available online scientific results could be checked.

And if we are talking about the wider issue of open science (rather than just open access and open data), then I would point out that the growth of clinical trials registries and the pre-registration of studies will increase transparency too. In providing public access to information about trials and studies the greater transparency that results should help reduce or eliminate unethical practices like HARKing and P-hacking. It would also go some way to address the problem of positive publication bias, in which negative or null results are today far less likely to be published than positive results. Amongst other things, this helps pharmaceutical companies to hype their drugs inappropriately.

We can also hope to see increasing interest in opening up the entire research process – by, for instance, the use of open notebook science techniques. Here I am talking about the kind of things that Jean-Claude Bradley pioneered a decade ago. This too brings greater transparency.

In terms of making science more efficient, if research papers and data were all freely available online (particularly null results) it would be easier for scientists to avoid wasting public money by unknowingly repeating experiments. Freely available data also allows for cross-pollination between disciplines and enables other scientists to find patterns in data that the producers of the data did not, if only because these other scientists will be looking at the data from another angle.

Finally, if research papers and data were all made freely available it would be possible to deploy machines to text and data mine (TDM) them. Amongst other things, this would allow computers to provide far more substantive aid to researchers and, some argue, it would see machines start to make new scientific discoveries on their own. All these things would clearly make research more effective.

How one makes TDM commonplace is, of course, a very different matter, not least because of the continuing (and perhaps intractable) barriers that copyright imposes.

On the issue of non-scientists having access to research: I think the growth of citizen science suggests that it is no longer true (if it ever was) that members of the public have no need to access research, or that they cannot understand it.

True, most citizen science today consists of little more than recruiting members of the public to do grunt work (counting butterflies, bugs or birds, or staring at images of galaxies on their computer), and then have them hand the results over to professional scientists in the lab. I.e. the “real” science continues to be undertaken by professionals. I would hope, however, that we can move beyond this. Citizens can also do scientific work – even, it would seem, a 9-year old.

Q: Databases like Web of Science (WoS) and Scopus now indicate if articles are open access or not, but publishers often open some materials for a short period of time and then close them again. It seems to be a bit misleading when articles drift from open to closed status and it also creates uncertainty over the current state of OA in different disciples. Does open access require the use of open licenses? Can we call “bronze” access “open”?

A: You draw attention to a couple of serious problems. The term bronze OA (where articles are “made free-to-read on the publisher website, without an explicit open license.”) stems from a paper published in PeerJ earlier this year. The issue of papers being made OA only temporarily (which is far more likely if a licence has not been attached to a work) was highlighted by Stevan Harnad as long ago as 2006 when he talked about what he called “peek-a-boo OA”. This reminds us that many open access issues are long-standing and hard to resolve!

But is bronze access really “open”, and does OA require the use of open licences? That depends on your point of view, and your definition of open access!

When those who attended the 2002 BOAI meeting adopted the term open access and set out to define it, they did not specify the use of a licence. In fact, if one looks closely at the actual definition of open access, it becomes apparent that two important words are missing – namely “immediate” and “permanent”.

Thus according to BOAI, open access implies “its free availability on the public internet, permitting any users to read, download, copy, distribute, print, search, or link to the full texts of these articles, crawl them for indexing, pass them as data to software, or use them for any other lawful purpose, without financial, legal, or technical barriers other than those inseparable from gaining access to the internet itself.”

While the BOAI section on open access publishing suggests that publishers “will use copyright and other tools to ensure permanent open access to all the articles they publish” this is not in the actual definition. Moreover, as I say, no specific license was named.

Today OA advocates argue that the BOAI definition implies use of the most liberal Creative Commons licence (CC BY). But not everyone agrees. Perhaps part of the problem here is that at the time of the BOAI meeting the CC licences had not been released.
Read more »
Posted by Richard Poynder at 10:00 7 comments


The first Q&A was undertaken with Jeffrey MacKie-Mason, UC Berkeley’s University Librarian and Chief Digital Scholarship Officer, and can be read here.

The second Q&A was conducted with Mahmoud Khalifa, a librarian at the Library of Congress Cairo Office and DOAJ Ambassador for the Middle East and Persian Gulf, and can be read here.

Prior to that Khalifa responded to MacKie-Mason’s Q&A. This can be read here.

(A) MacKie-Mason comments on Khalifa’s response

Mahmoud replies to one of my statements: “I have a different point of view! Subscriptions in the global South are paid by institutions; publication fees are paid by the scholars themselves. True, some universities provide financial support for their scholars when they publish internationally, but this is far from adequate, especially in light of the large differences between currencies. It is vital to consider the local economic situation and factor in the low salaries of researchers in developing countries.”

First, let me be clear, I am *completely* sympathetic to Mahmoud’s concerns. I don’t want a world in which there is less access or less opportunity to publish for global south scholars.

But I think his reply misses a fundamental point – as do many if not most discussions about flipping. Yes, the *current* system has subscriptions paid by institutions, and the gold APC model has charges levied on authors. (That is just as true in the north as the south.) But that isn’t written in stone! Social institutions adapt to changing circumstances.

Right now, universities and research labs and government agencies and NGOs etc. think that they should spend some money (not enough, but that’s a different issue) to enable global south scholars to participate in international scholarly communications. If the way we pay for those communications changes from paying for reading to paying for publishing, why do we think that the (smart) leaders of universities, funding agencies, etc., will simply walk away from their scholars and say, “tough, it’s your problem now”?

They don’t want the research enterprise in their countries to fail! And they’re not dumb: they know how to write checks to pay APCs rather than write checks to pay subscriptions. There are many ways to do that: they could create research funds for individual researchers to tap into when they publish, or they could do institution-level payments (what you, Richard, refer to as “OA big deals”), etc., etc.
Read more »
Posted by Richard Poynder at 14:20 0 comments