UPDATES ON DOVE PRESS ARE AVAILABLE HERE, HERE, AND HERE

As has been pointed out many times before, the Internet poses both a threat and an opportunity for many industries. Certainly it tends to significantly change the rules of engagement, if not rewrite them entirely. This means that companies must innovate if they want to survive. 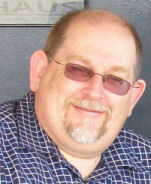 In many ways it is the incumbents who face the greatest threat: New entrants are usually better able to exploit the opportunities of the new environment, not least because they enter the market with far fewer pre-conceived ideas, and little or no investment (financial or psychological) in the traditional way of doing things.

It is surely for this reason that Open Access (OA) publishing has been pioneered not by large traditional publishers like Elsevier and Springer (who view OA as a threat to their subscription revenues) but by start-ups like BioMed Central and Public Library of Science.

However, since it is they who usually have to create the new business models, new entrants have to be prepared to take considerable risks. Incumbents, by contrast, can usually bide their time and wait to see if the new model is workable before embracing it, often by acquiring the company that developed it. As such, it is sometimes sufficient for a new entrant simply to demonstrate that a new model appears to be workable, and then “exit” the market with a substantial profit. That, it would seem, is what happened in October, when Springer announced that it was purchasing Biomed Central.

Such is the ecosystem of market capitalism. And since at the point when an established industry finds itself disrupted by new technology there is usually no shortage of opportunities, it is no surprise that we are seeing a flood of small new OA publishers entering the scholarly communication market, most of whom appear to have set themselves the ambitious task of creating a large portfolio of new journals very rapidly.

The arrival of these new publishers has been warmly received by OA advocates, most of whom view the rapid growth in the number of OA journals as evidence that a tipping point has been reached, and the OA movement has therefore finally won the argument. Today the Directory of Open Access Journals (DOAJ) lists nearly 4,000 OA journals, and some expect to see a 50% growth in 2008.

But as the excitement has grown, so have the questions. Who are these new publishers? How are they recruiting their editorial boards, and attracting article submissions? How many of their journals actually have papers in them? And how are they evaluating papers before publishing them?

Information Today columnist Robin Peek, for instance, points out that, on closer inspection, many of the new journals appear to have very little (if any) content in them, and some appear to have introduced rather unusual peer review practices.

To add to the uncertainty, the ownership of some of these companies can be a little obscure. When earlier this year I raised the issue of ownership with the editorial director of Bentham Science Publishers, Matthew Honan, he would say only that the company was owned by "a number of individuals, and the legal part of the business is based in the United Arab Emirates". Asked to specify who the individuals were Honan insisted, "I can't disclose their names to you."

But the most frequently voiced concern is that these companies have been bombarding researchers with unsolicited e-mails inviting them to join editorial boards and to submit papers to journals — an approach presumably adopted because of the need to sign up thousands of scholars in a very short space of time.

Gunther Eysenbach, an associate professor at the University of Toronto, and founder and editor-in-chief of the Journal of Medical Internet Research, has been especially critical of these email campaigns, and penned several angry posts on his blog accusing the perpetrators of spamming researchers, a practice, he argued, that is not only offensive but — where the publisher has no prior business relationship with the recipient — also illegal.

At one point Eysenbach became so angry that he threatened to sue Bentham. He has also co-founded a new organisation called the Open Access Scholarly Publishers Association (OASPA) partly in order to try and curb this kind of activity. Launched last month, a key objective of OASPA, Eysenbach explained recently on his blog, is "to set standards and [keep] the standard of OA publishing high (e.g. by creating and enforcing a code of conduct, which includes for example standards against spamming)."

But is it possible that some of the criticisms being levelled at these companies could be off-target, or inaccurate, and that the reputation of well-intentioned companies could therefore be unfairly tarnished?

One of the companies Eysenbach accused of spamming is Dove Medical Press, which operates out of Auckland, New Zealand. Eysenbach also implied that the publisher of Dove, Tim Hill, uses the alias Tom Hill to run a second publisher Libertas Academica — both of which companies, said Eysenbach, publish "vanity journals which come in the disguise of serious open access journals."

Intrigued by these claims, I contacted Tim Hill, and invited him to do an email interview with me. Hill agreed readily, and answered my questions promptly. And, for the most part, he answered them directly. In the process, he explained that the only connection between Dove and Libertas Academica is that his son Thomas owns and operates the latter company. There is, he said, no business relationship between the two companies.

When asked about his background, Hill said that he has 35 years’ experience in scholarly publishing, including 19 years as managing director of the New Zealand division of the well-regarded publishing company ADIS International (acquired by Wolters Kluwer in 1997).

Hill added that while Dove was originally conceived as a traditional subscription-based publisher, the company is currently in the throes of being transformed into an OA publisher. And from Hill's description it would appear that Dove operates a perfectly respectable peer-review system. Indeed, speaking to me Hill emphasised high editorial standards, and said: "I believe that there is a real need for the traditional editorial standards to be applied to the growing number of Open Access publishers."

What about Eysenbach's claim that Dove has been spamming researchers? Hill denied that the company has done anything improper, saying he had been advised that Dove's emailing activities were not in breach of New Zealand's anti-spam laws. In any case, he added, the email campaigns have now been discontinued, since Dove no longer needs to recruit researchers in this way.

Hill does, however, have some interesting views on spamming. He argues, for instance, that my emailing him to ask for an interview was comparable to Dove using bulk email software to invite hundreds of researchers to submit papers.

What do we learn from all this?

While it does appear that there are a number of unscrupulous OA publishers operating, I could find no reason to conclude that Dove is one of them [See updates linked above and below for more on this]. True, like a number of others it has been over enthusiastic in its efforts to recruit researchers to its journals and — whatever the legalities — has in the process given insufficient thought to how its modus operandi might be perceived by the scholarly community. But this may be no more than evidence that OA publishing is experiencing the kind of teething problems that frequently occur when new business models are developed. The important point is that Hill insists Dove has ceased bulk emailing researchers.

Perhaps the other point to make is that OA publishers might be better regarded by the research community if they were more transparent, both about their business practices and their ownership. After all, it is primarily public money that researchers will be using to pay to have their scholarly papers published in OA journals. Is it not reasonable therefore for taxpayers to expect to know exactly what is being provided for that money, and who will benefit from any profits that are made as a result?

But underlying any discussion about the activities of these new companies lies a much more essential question: Has OA publishing yet found a sustainable business model? And if it hasn't, can it? Here the jury is still out.

FEBRUARY 2010: AN UPDATE ON DOVE PRESS IS AVAILABLE HERE

If you wish to read the interview with Tim Hill please click on the link below. The PDF file that will download includes both the interview and this introduction.

If after reading it, you feel it is well done you might like to consider making a small contribution to my PayPal account. I have in mind a figure of $8, but whatever anyone felt inspired to contribute would be fine by me.

Posted by Richard Poynder at 16:14

Apart from the possibility that Dove did some spamming in recruiting, this seems to be a quite traditional start-up publisher insofar as quality control (peer review) and other professional operations are concerned. The only real question is whether Dove's start-up fleet of journals can stay afloat on the fee-based OA model (given that it has apparently already failed on the subscription model). We need to bear in mind that start-up journals appear every year, and many disappear soon thereafter, having failed to find or sustain a niche (authors, subscribers). The online medium makes entry easier and cheaper, but it does not increase the likelihood of survival.

Great article; even 5 years later this has been informative.

I am at this article because I have just received a spam from Dove Medical Press to make me the reviewer of an article on one of their journals. Clearly, they have not stopped spamming people.

Here are a few more links about Dove Press that might be of interest: