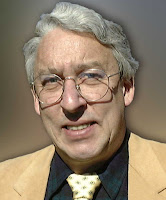 While many, many words have already been spilled on the manifold implications of the surprise win of Donald Trump in the US presidential elections, I am not aware that much has been written about what it might mean for Public Access, as Open Access is called in the context of research funded by the US Government.

I was therefore interested last week to receive a copy of the current issue of David Wojick’s Inside Public Access newsletter. Wojick has been tracking the US Public Access program for a while now, and the latest issue of his subscription newsletter looks at what the arrival of the Trump Administration might mean for the Program. Wojick agreed to let me publish an edited version of the issue, which can be read below.


To begin with, the Trump Administration has gotten off to a very slow start. The transition team did very little work prior to the election, which is unusual. Federal funding is available to both major candidates as soon as they are nominated. Romney’s transition team spent a reported 8.9 million dollars before the election. The Trump team has spent very little.

The transition team has a lot to do. To begin with it is supposed to vet applicants and job holders for about 4,000 federal positions which are held “at the pleasure of the President.” About 1,000 of these positions require Senate approval, so the vetting is not trivial.

There is a transition team for each Cabinet Department and the major non-Cabinet agencies, like EPA and the SEC. In addition to vetting applicants, the teams are supposed to meet with the senior civil servants of each department and agency, to be briefed on how these huge and complex organizations actually operate. Something as small as Public Access may not be noticed.

Each team is also supposed to begin to formulate specific policies for their organization. Given how vague Trump has been on policy specifics, this may not be easy. Or it may mean that the teams have pretty broad latitude when it comes to specific agency policies. There seems to be little information as to who makes up each agency team, so their views on public access are unknown at this point.

Moreover, the head of the Energy Department transition team was recently replaced, which has to slow things down a bit. DOE has been a leader in developing the Public Access Program. But in the long run the fate of Public Access is in the hands of the Department and Agency heads, and their deputies, not the transition team. Science related nominations have yet to even be announced.

The Science Advisor and OSTP


Then there is the issue of OSTP and the 2013 Memorandum that created the Public Access Program. The Office of Science and Technology Policy is part of the Executive Office of the President. It is headed by the President’s Science Advisor.

At one extreme the Memo might simply be rescinded. President Obama issued a great many orders and executive memos, in direct defiance of the Republican led Congress. Many of these orders seem likely to be rescinded and Public Access might get caught in the wave and wiped out. Then too, Republicans tend to be pro-business and the publishers may well lobby against the Public Access Program.

On the other hand, a public access policy is relatively non-partisan, as well as being politically attractive. The new OSTP head might even decide to strengthen the program, especially because Trump is being labeled as anti-science by his opponents.

The OSTP situation is also quite fluid at this point. No Science Advisor has even been proposed yet, that I know of. The vast majority of academic scientists are Democrats. The last Republican president took a year in office before nominating a Science Advisor, and he was a Democrat.

The American science community is watching this issue very closely, even though the Science Advisor and OSTP have very little actual authority. The Public Access Program is really something of an exception in this regard, but it is after all largely an administrative program. In the interim, OSTP has over a hundred employees so it will keep operating. So will the Public Access Program if the Memo is not rescinded.

In fact, the slower the Trump people are in taking over, the longer the Government will be run by civil servants who will favor the status quo. This will be true of all the Departments and Agencies. The worst-case scenario would be if OSTP were eliminated altogether. There is some discussion of this, but it seems unlikely as a political strategy. It would be viewed as a direct attack on science and it has no upside.

In any case, given that their internal Public Access Programs are well established, the agencies could decide to continue them, absent the OSTP Memo, or even OSTP.


Then there is the funding issue. The Public Access Program is generally internally funded out of existing research budgets. If these are cut, then Public Access might be internally defunded.

Both the Trump people and the Congressional leaders are talking about cutting funding for certain research areas. A prominent example is NASA’s Earth Science Division, which grew significantly under President Obama. If funds are actually cut, rather than simply redirected, then Public Access might take a hit.


On the other hand, every new Department and Agency head and staff will be looking for flashy new ideas, especially if they do not cost much. Public Access has a populist aspect, which is Trump’s theme, so it could well be presented this way.

The agency civil servants are missing a bet if they do not see this opportunity to pitch public access. “Science for everyone” is a central theme of open access. So is accelerating science and innovation, which fits into the “Making America great” slogan of the Trump campaign.


More deeply, Congress is likely to be unleashed, after many years of partisan gridlock. This may be far more important than what the new Administration does. Congress controls the money and makes the laws and the lack of statutory authority for most agencies has been a vulnerability for Public Access.

In other words, while the OSTP Memo can be rescinded, a law is permanent (unless repealed of course). The US National Institutes of Health (NIH) introduced a mandatory Public Access Policy in 2008, but other agencies proved shy to follow its example, which is why we saw the OSTP Memo. This reluctance (along with a desire to provide Public Access with a more solid foundation) has also seen growing pressure for a statutory Public Access requirement for US Government departments.

Section 527 of the Consolidated Appropriations Act of 2014 required that the Departments of HHS, Education and Labor introduce a Public Access Program along the lines of the OSTP Memo. More importantly, the proposed Fair Access to Science and Technology Research (FASTR) Act is waiting in the wings.

FASTR would require that all US Government departments and agencies with annual extramural research expenditures of over $100 million make manuscripts of journal articles stemming from research funded by that agency publicly available over the Internet. First introduced in 2013, FASTR was reintroduced in 2015.

It is worth stressing that FASTR is a bipartisan bill, and was introduced to the Senate by Republican John Cornyn. As such, a Congressional mandate is well within reason.


If the Public Access Program disappears then CHORUS will need to redirect its efforts. It already has several pilot efforts going in that direction. These include working with the Japanese Government and several US universities.


In short, interesting times lie ahead for the US Public Access Program, as the Trump Administration emerges and begins to act, along with the now unfettered Congress. Inside Public Access will be tracking this action.

David Wojick is an independent engineer, consultant and researcher with a Ph.D. in Philosophy of Science and a forty-year career in public policy. He has also written 30 articles for the Scholarly Kitchen, mostly on OA. From 2004 to 2014 Wojick was Senior Consultant on Innovation for the US Energy Department’s Office of Scientific and Technical Information (OSTI), a leader in public access.
Posted by Richard Poynder at 11:49