This year marks the 15th anniversary of the Budapest Open Access Initiative (BOAI), the meeting that led to the launch of the open access movement, and which defined open access thus:

“By ‘open access’ to this literature, we mean its free availability on the public internet, permitting any users to read, download, copy, distribute, print, search, or link to the full texts of these articles, crawl them for indexing, pass them as data to software, or use them for any other lawful purpose, without financial, legal, or technical barriers other than those inseparable from gaining access to the internet itself. The only constraint on reproduction and distribution, and the only role for copyright in this domain, should be to give authors control over the integrity of their work and the right to be properly acknowledged and cited.”

A great deal of water has passed under the bridge since 2002, but as 2017 draws to an end what should the stakeholders of scholarly communication be doing now to fully realise the vision outlined at the Budapest meeting?

That is a question I have been putting to a number of people, inviting them to say what they believe the priorities should be going forward for the following stakeholders: researchers, research institutions, research funders, politicians and governments, librarians, and publishers. 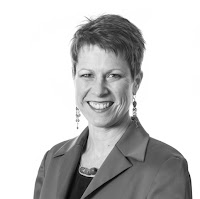 Researchers are under extraordinary pressure to be highly productive whilst managing large teaching loads and a considerable administrative burden. They are only rewarded for the publication of novel results in high impact journals – the remainder of their work is not systematically recognised in promotion and funding applications. Researchers are working within a reward system that is counter to the wide-scale uptake of open access.  It is not necessarily up to an individual researcher to become an open access activist (although I applaud those who have). However, having a meta understanding of how the wider system works, or even that processes and norms differ by discipline would be helpful.

A recent article described the need for academic leaders in research institutions to ‘step up’. Traditionally research institutions have been slow to react to issues related to open access and this is understandable. Research is a global and highly competitive endeavour. It is not in the interest of a single institution to introduce operational processes that could put its own reputation or that of its research community at risk.

Having a university-wide discussion about the changing nature of scholarly communication, including open access, to determine the university’s position on various aspects of openness and reproducibility would provide a policy framework to assist the research community and their administrative support. For instance, research institutions have control over how they promote and hire researchers. Rewarding openness in these processes - by, for example, only considering articles that have been deposited in the institutional repository in a promotion round – will increase academic engagement with open access.

Funders hold the purse strings. Their policies have largely shaped open access uptake over the past 13 years (starting with the Wellcome Trust and NIH in 2004). However, simply pushing more money into the system is not a long-term solution because it allows the status quo to remain, where the power is held by the publishers of the prestigious journals that researchers need to publish in for promotion and grant success. Opening up what is ‘counted’ as a research output begins to address this – a recent push to accept preprints as research outputs by NIH and Wellcome Trust is a good step in this direction. However the reluctance of funders to be seen to be ‘telling researchers where to publish’ by, for example, refusing to officially state that Blood is a non-compliant journal for the RCUK policy is a real impediment to progress (see here)

Funders have the ability to create a new reward system. Movements to become publishers themselves, such as Wellcome Trust and the Bill and Melinda Gates Foundation both recently launching journals based on the F1000 platform have shown progression towards this goal. However, some in the sector have concerns that this places too much power in the hands of one stakeholder, as the decision makers of not just what research is funded, but what is published.

Something that is sorely lacking in the open space is strong support for infrastructure that underpins it. The Open Science Framework, Directory of Open Access Journals, arXiv.org and Sherpa/RoMEO are just a few examples of critical open infrastructure which is reliant on grant and sector support. This leaves these initiatives very vulnerable to being bought up and absorbed into the for-profit sector, as has been seen with several organisations and initiatives over the past couple of years. Funder support on an ongoing basis for infrastructure would be very welcome, and there has been some discussion about this approach recently, particularly in the life sciences.

Ultimately policy on public spending comes from the government. It is important that the need for openness is recognised at the highest level. It has been interesting to see how much can be achieved if the government takes a positive approach to openness such as in the Netherlands, where the open agenda, particularly in relation to research data management is exemplary.

The House of Commons Science and Technology Committee Research integrity enquiry is a positive step in the UK and the findings should help inform discussion about the need for transparency in research including openness. There is also potential for more alignment of government funder policy with the imminent launch of UK Research and Innovation in April 2018.

Libraries are currently undertaking the vast bulk of open access work, particularly in the UK. They are hosting repositories, managing the ingest of material including navigating complex and conflicting funder policies and complex and confusing publisher embargo rules. They are, in most cases in the UK, responsible for managing the grants provided by funders to meet open access policies. This includes making decisions on engagement with offsetting deals and balancing financial requirements for subscriptions. The difficulty is that much of this work is ‘hidden’ from the research community who generally remain unaware of the amount of manpower and money that is being sunk into this endeavour.

It would be hugely helpful for the debate if libraries were to collect information about how the sector interacts with the literature. A holistic view - including where the research community publishes, peer reviews and edits, plus how much is being spent on subscriptions and article processing charges balanced against the number of downloads and citations – would assist discussion about the value different publishers offer the sector.

There have been some good examples of publisher practice in this area recently. The Springer Compact, where a fee is paid for both subscriptions and to make all research outputs from a given institution openly accessible, has considerably brought down the per-article cost to make research open for Cambridge University.  In the last couple of months both Emerald and the Royal Society have made the decision to abandon embargoes for Author’s Accepted Manuscripts deposited in institutional repositories.

We need to move towards standardised infrastructure. Increasingly there is publisher uptake of the CRediT taxonomy which can assist the identification and reward of different contributions to the research paper. There has also been a strong response to the Initiative for Open Citations project although some significant publishers have yet to join. Mandating ORCIDs across all titles would assist in the identification of authors of papers.

However, overall we have not seen a shift in publisher practice towards open access. While considerably more UK research is now open access than there was even three years ago, this has come at a huge cost, both in payment of Article Processing Charges (APCs) for open access in hybrid journals and through the manpower needed to manage complicated embargo rules. If publishers genuinely do wish to engage with and support a transition to open access there needs to be:

·        A standardisation of embargo periods, preferably to a 6-month STEM and 12-month HASS upper limit, and ideally no embargo at all

·        The ‘flipping’ of journals that have a higher percentage of open access via hybrid, at which point the APC charge needs to reflect the running cost of the journal, and allow enough to provide waivers for researchers from developing countries

A list of some of the more interesting OA developments during 2017 is available here.

Posted by Richard Poynder at 08:28

Many thanks, Danny Kingsley.
I understand your advise as that scientists should not be involved into designing the strategy for OA transition, and this should be left to professionals like OSF and SPARC, who in turn should be financially supported with by research funding agencies.
The funders, libraries and the OA lobbyists they sponsor should then negotiate with commercial publishers.
It is indeed what happens, and afterwards scientists are crying that they don't have money to pay for their publications, just like one wrote to me yesterday.
My proposal is to involve scientists nevertheless, by imposing a special OA tax on their salaries and fellowships, which can be used to finance transition you described.